During this week’s Council meeting, we welcomed a new 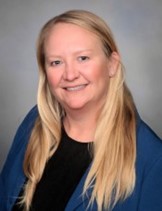 member. At the beginning of the meeting, Sara Stephens took the oath of office and began serving as a City Councilor. Councilor Stephens fills the vacancy left by former Council President Phil Marler who recently resigned his position as his family has moved outside of the city limits.

Councilor Stephens has lived in the Bay Area for the last eight years. She began her career in social services 20 years ago and is currently the Executive Director for the South Coast Regional Early Learning Hub. Councilor Stephens attended Carroll College in Helena, Montana and spent a semester in Rome, Italy. She is involved in numerous boards and committees, including serving as the current board chair for the United Way of Southwestern Oregon, as a member of the Board of Trustees for the Coos History Museum and Maritime Collection, and recently served as a member on the City of Coos Bay Budget Committee.

In the wake of Councilor Marler’s resignation, the

Council was charged with electing one of their own to serve as Council President. The Council was unanimous in their decision to appoint Councilor Rob Miles to serve as Council President.  Councilor Miles was elected to the City Council in 2018.  He was born and raised in Coos Bay, graduating from Marshfield High School in 1985. He later attended both Southwestern Oregon Community College and Linfield College studying Business Management. Councilor Miles has worked for the Boys & Girls Club of Southwestern Oregon for more than 20 years. He is currently in charge of  Resource Development.

I would like to take this opportunity to welcome Councilor Stephens to the Council and to thank Councilor Miles for agreeing to serve as Council President.